Oscar Wilde was born on October 16, 1854 in Dublin. His father was one of the famous doctors of the time, William Wilde, and his mother was the writer Jane Francesca Elgee, known for her revolutionary poetry which supported the independence of Ireland. He graduated from Oxford Magdalen College in 1874 and started working as an art critic. In 1878, he won the Newdigate Award with his poem Ravenna. His first book, Poems, was published in 1881. 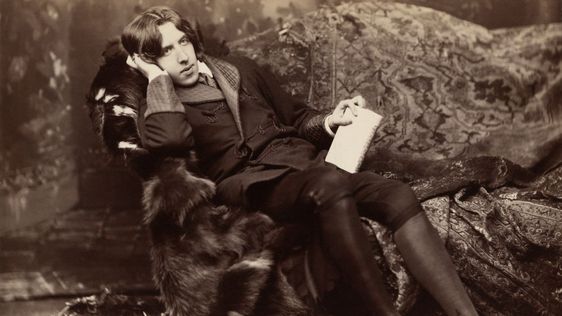 The famous writer, who writes works reflecting his sense of humour as well as his literary intelligence, is one of the most remarkable playwrights of the Victorian era. He was known for his social comments. “Purpose of Intimacy”, the most successful example of the new genre based on wit and intelligence in 19th century English Theater. The author, who always criticizes social hypocrisy in his plays, has always been criticized with his works.

Known for his aesthetic movements, Oscar Wilde decorated his room with flowers such as daisies, tulips, and orchids. Wilde’s clothing style has always been criticized. In 1879, he began teaching aesthetics in London.

He supported socialism. He showed his passion for freedom with the poem “Liberty”. He was a homosexual. He had a relationship with Lord Douglas and Alfred Taylor and was sentenced to two years in rowing because of these homosexual relationships.

He was not given a pen while he was in prison. Wilde’s request was accepted later. He wrote a 50,000-word letter  to Douglas but couldn’t send it. After his death, the letter was shortened and published. His prison life made him exhausted, and he had a sickly body, and Oscar Wilde died in Paris on November 30, 1900, at the age of 46.

Oscar Wilde wrote very important works in this short life. He wrote plays such as “A Woman of No Importance” reflecting his attitude towards the conservative mentality of the period on subjects such as love, marriage, wealth, innocence, and virtue. He has works such as “The Soul of Man Under Socialism “, in which he explains his anarchist worldview, and “Happy Prince”, which he wrote for people with child spirits and those who retain their childlike abilities such as surprise and joy, is one of the children’s books of the author.

I want to mention about The Portrait of Dorian Gray, his first novel. Although Oscar Wilde stated his opinion about art in the book as Lord Henry’s mouth, “The artist should create beautiful things but should not add anything from his own life,” it is possible to see a piece of him in almost every character he creates.

Dorian Gray is a handsome man who attracts not only women but also men and Basil draws his portrait to immortalize this beauty. However, after a while he notices something. He reflected the hidden feelings he felt at Dorian. For this reason, he does not want to give his portrait to anyone, even to Dorian. Because he is afraid that people who look at the picture will see his love for Dorian. Basil’s friend is Lord Henry, who caused Basil to change his mind. Lord Henry’s efforts to persuade Basil by saying that the picture belongs to Dorian are successful and Basil shows the picture to Dorian. He falls in love with her own image in her painting. Like everyone else, he is afraid of aging and dying, he wants to be young like in his portrait, and in return, he sells his soul to the devil. Their friendship with Lord Henry reveals the evil, real, or suppressed side of Dorian, builds a life on pleasure, and lives the pleasure to the fullest. The devil does not give Dorian the happiness he did not give to Faust, who sold his soul to have all the knowledge, and Dorian expresses his opinion on this subject by saying “I have tasted all kinds of pleasure but never happiness”. Over time, the sins of Dorian appear as a defect in his portrait, a sign of old age or ugliness. 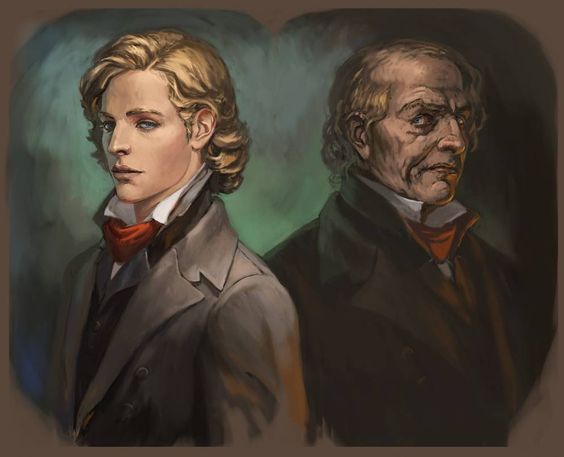 Dorian is influenced by the extraordinary thoughts of Lord Henry, who creates a magic effect on him with his cunning, intelligent, and different perspective. Lord Henry’s purpose is fun, turning life into a game that is enjoyed every moment. Basil is the painter who makes the portrait of Dorian, with the effect of Dorian’s beauty, his artistic side rises to the top, he is killed by Dorian. He is also the person who introduced Dorian to Lord Henry, and although he does not appear much in the book, his presence is always felt and of course, his extraordinary love for Dorian Gray reveals himself between the lines.

I don’t know why, but it was a book that I was very impressed with. I think Oscar Wilde proved the depth of his soul with this book and added something of his own character to every line of the book. Wilde said for his book: “Basil Hallward is what I think I am: Lord Henry what the world thinks me: Dorian what I would like to be—in other ages, perhaps.” and called this book “the story of a soul”. The Portrait of Dorian Gray tells what one can do for the sake of beauty and ambition.

Finally, let me finish with a meaningful quote: “I won’t tell you that the world matters nothing, or the world’s voice, or the voice of society. They matter a good deal. They matter far too much. But there are moments when one has to choose between living one’s own life, fully, entirely, completely—or dragging out some false, shallow, degrading existence that the world in its hypocrisy demands. You have that moment now. Choose!”

In order to know ourselves – that is, to know – we
Karma; There are 12 laws of karma. Everything from serves us. To
"A song is a succession of sounds, / Each one expressing in
Victorian England was "female-oriented" under the great influence of Queen Victoria who
It is no surprise that both Machiavelli and More were the esoteric
Git Yukarı